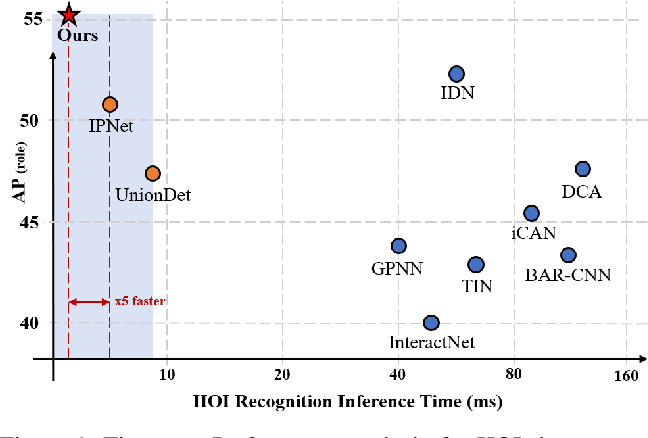 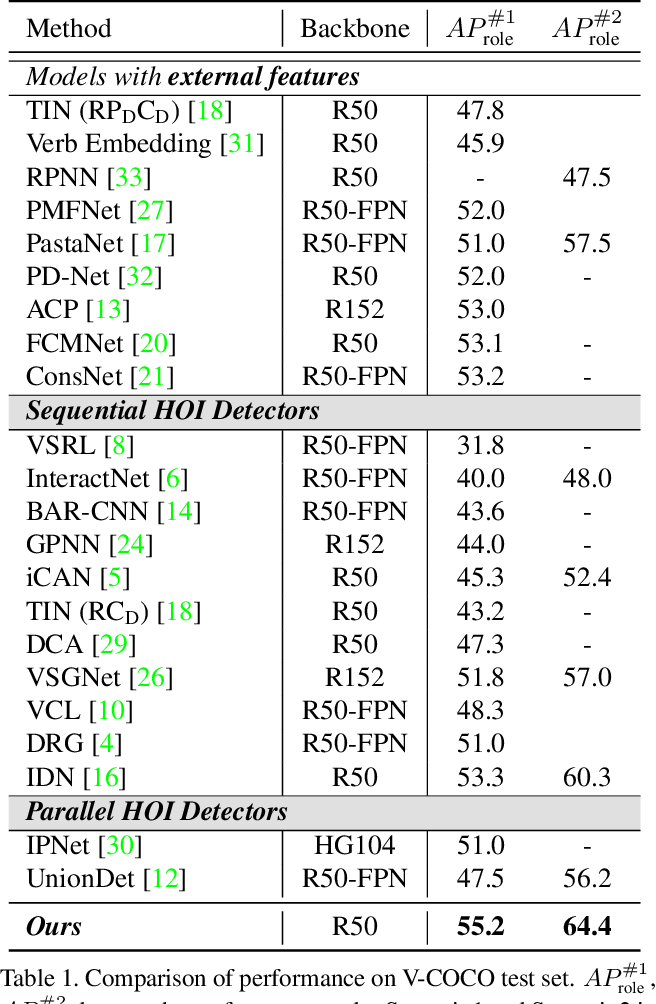 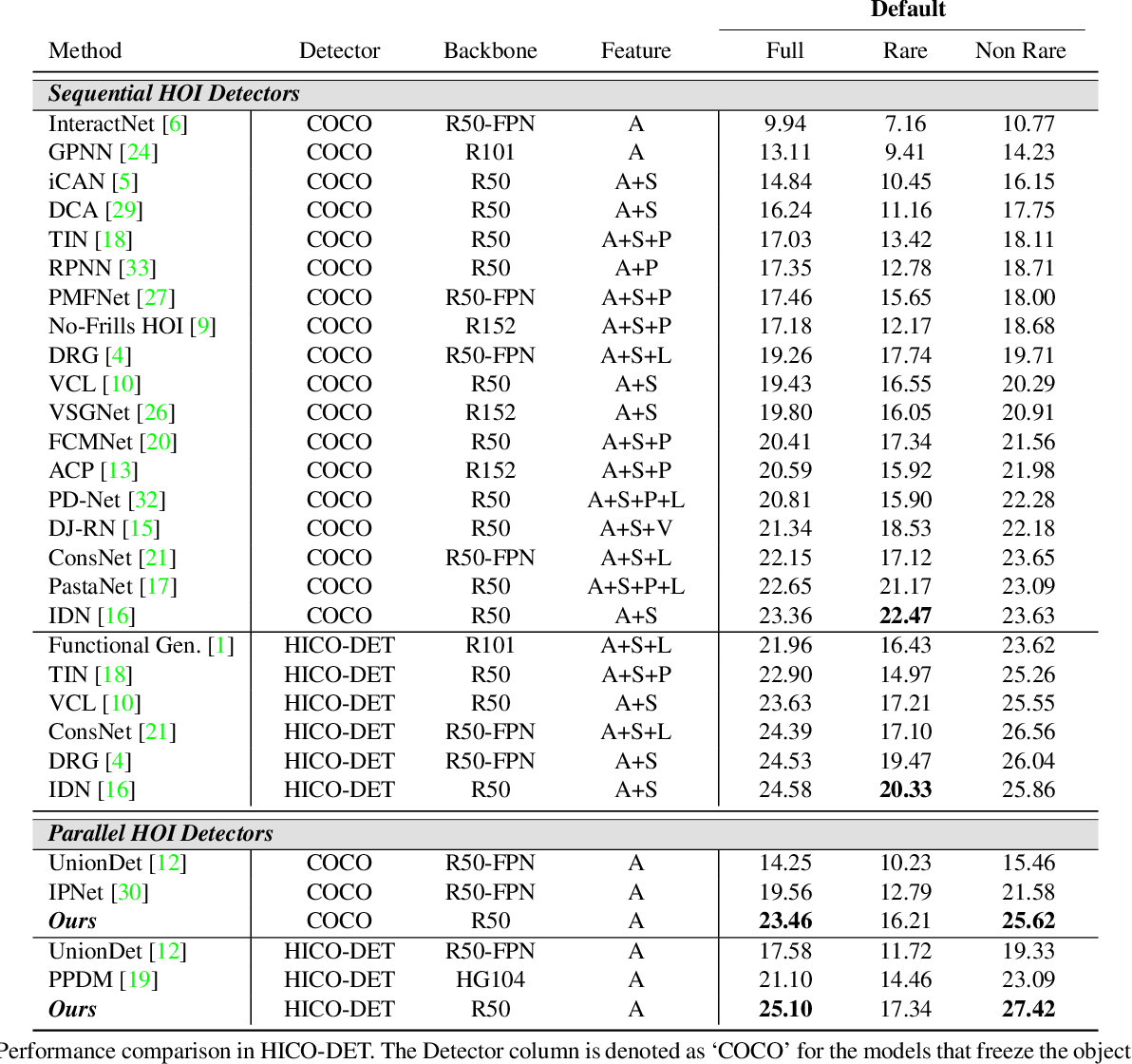 Human-Object Interaction (HOI) detection is a task of identifying "a set of interactions" in an image, which involves the i) localization of the subject (i.e., humans) and target (i.e., objects) of interaction, and ii) the classification of the interaction labels. Most existing methods have indirectly addressed this task by detecting human and object instances and individually inferring every pair of the detected instances. In this paper, we present a novel framework, referred to by HOTR, which directly predicts a set of triplets from an image based on a transformer encoder-decoder architecture. Through the set prediction, our method effectively exploits the inherent semantic relationships in an image and does not require time-consuming post-processing which is the main bottleneck of existing methods. Our proposed algorithm achieves the state-of-the-art performance in two HOI detection benchmarks with an inference time under 1 ms after object detection. 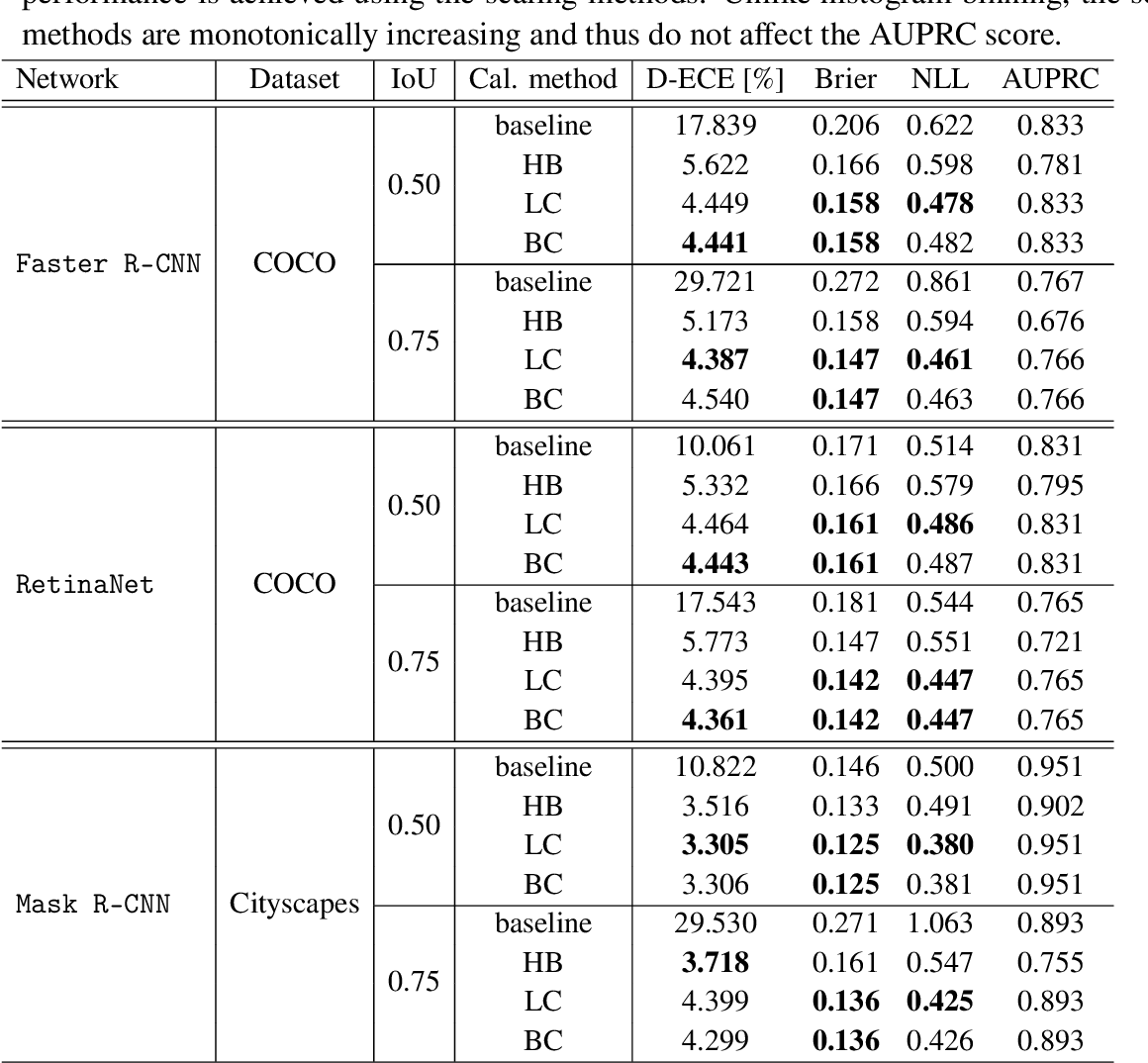 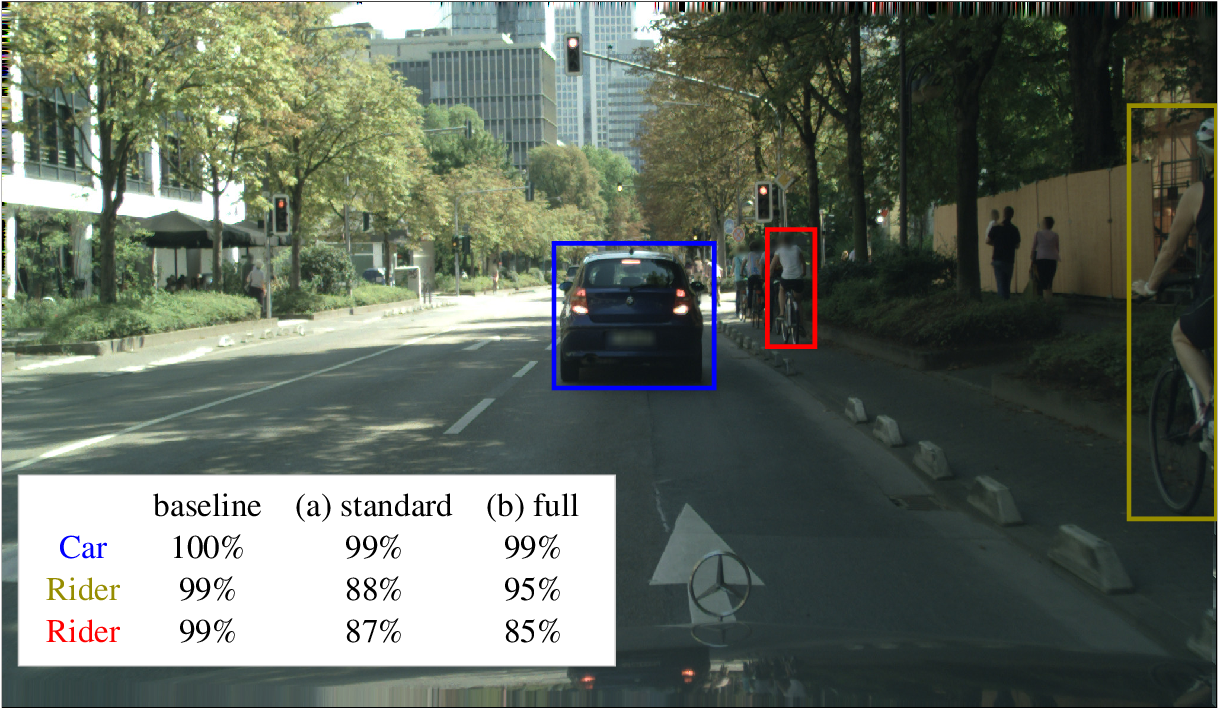 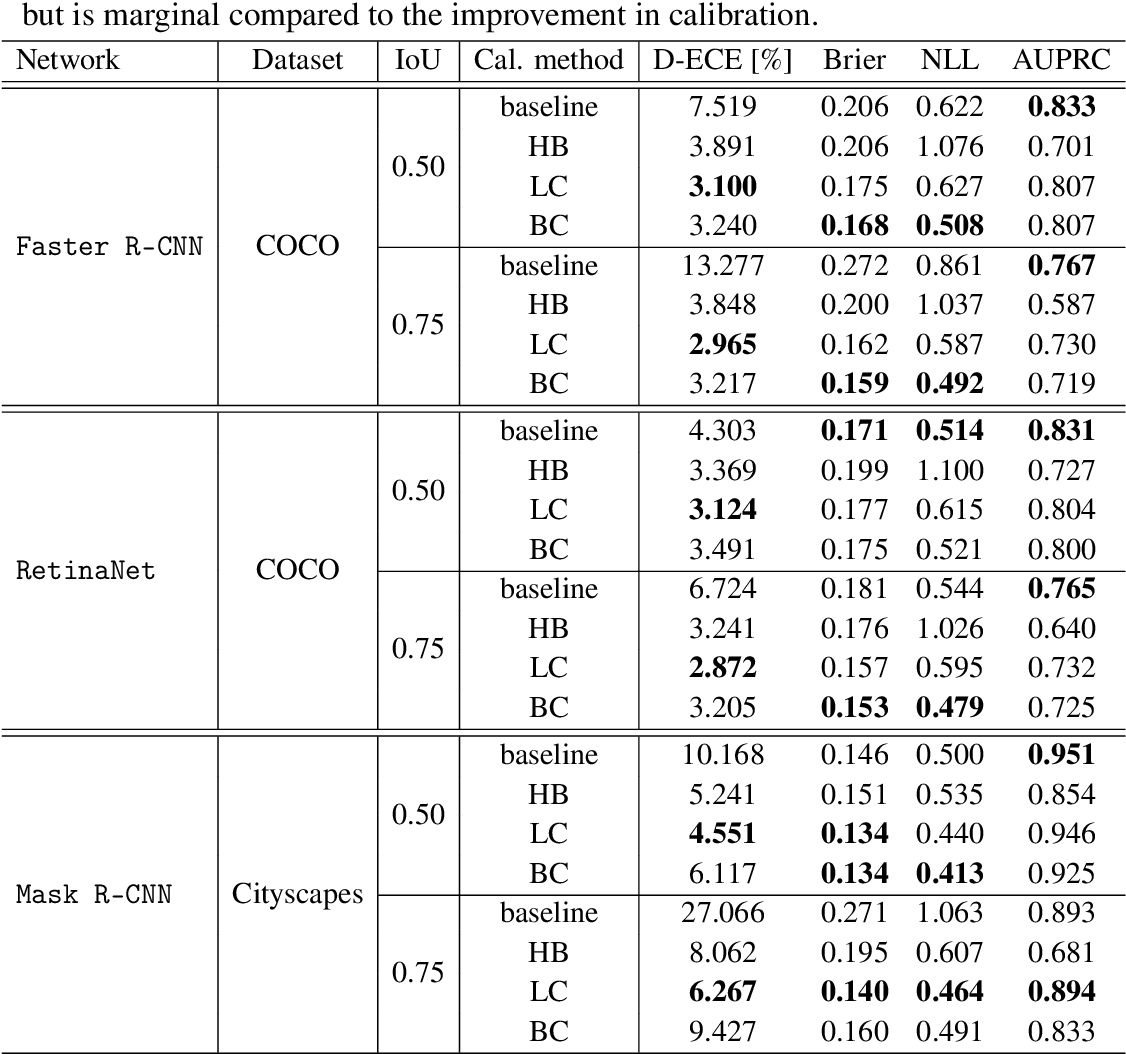 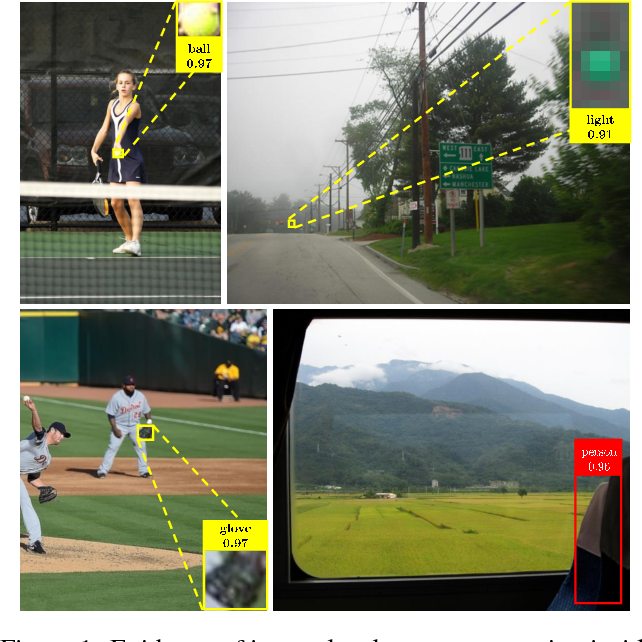 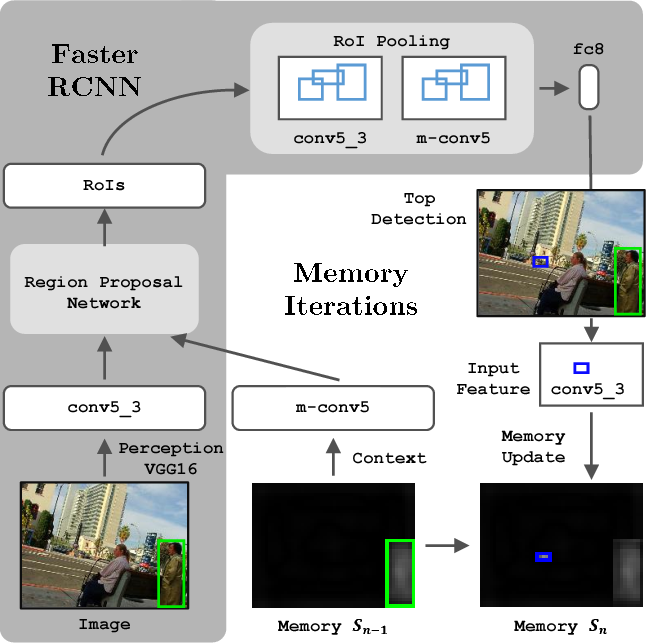 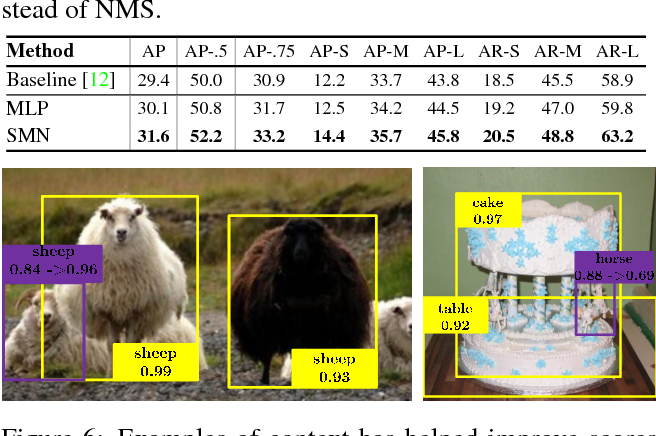 Modeling instance-level context and object-object relationships is extremely challenging. It requires reasoning about bounding boxes of different classes, locations \etc. Above all, instance-level spatial reasoning inherently requires modeling conditional distributions on previous detections. Unfortunately, our current object detection systems do not have any {\bf memory} to remember what to condition on! The state-of-the-art object detectors still detect all object in parallel followed by non-maximal suppression (NMS). While memory has been used for tasks such as captioning, they mostly use image-level memory cells without capturing the spatial layout. On the other hand, modeling object-object relationships requires {\bf spatial} reasoning -- not only do we need a memory to store the spatial layout, but also a effective reasoning module to extract spatial patterns. This paper presents a conceptually simple yet powerful solution -- Spatial Memory Network (SMN), to model the instance-level context efficiently and effectively. Our spatial memory essentially assembles object instances back into a pseudo "image" representation that is easy to be fed into another ConvNet for object-object context reasoning. This leads to a new sequential reasoning architecture where image and memory are processed in parallel to obtain detections which update the memory again. We show our SMN direction is promising as it provides 2.2\% improvement over baseline Faster RCNN on the COCO dataset so far. 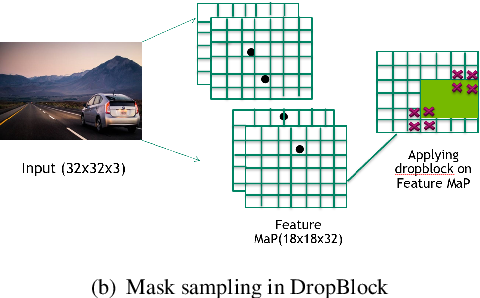 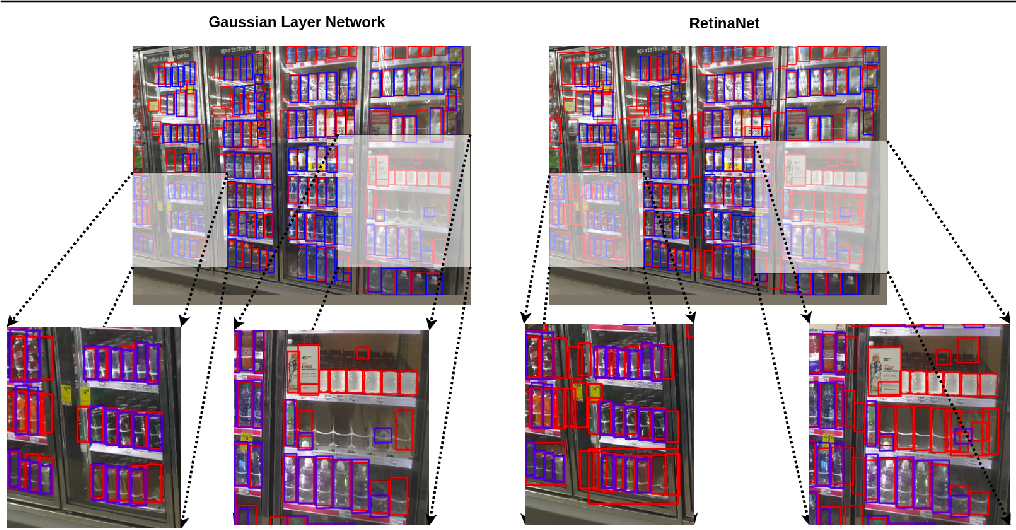 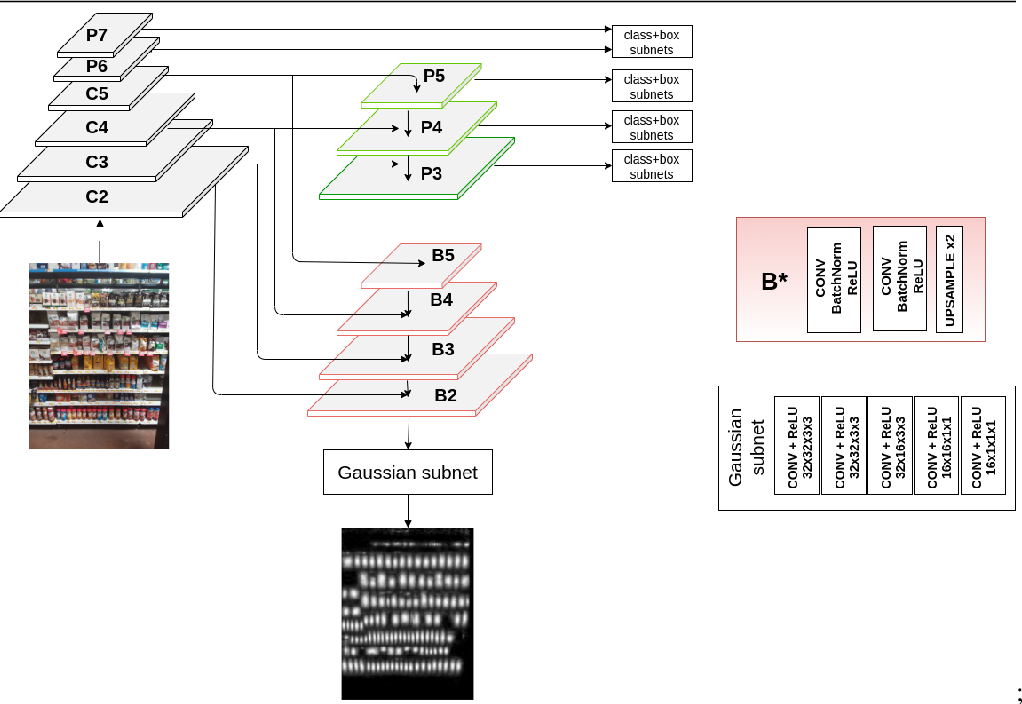 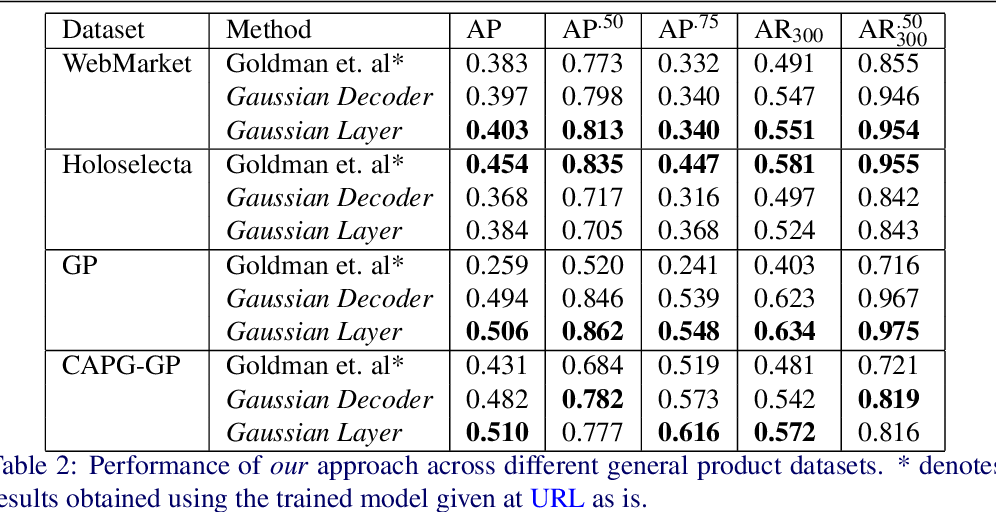 Object detection is a famous branch of research in computer vision, many state of the art object detection algorithms have been introduced in the recent past, but how good are those object detectors when it comes to dense object detection? In this paper we review common and highly accurate object detection methods on the scenes where numerous similar looking objects are placed in close proximity with each other. We also show that, multi-task learning of gaussian maps along with classification and bounding box regression gives us a significant boost in accuracy over the baseline. We introduce Gaussian Layer and Gaussian Decoder in the existing RetinaNet network for better accuracy in dense scenes, with the same computational cost as the RetinaNet. We show the gain of 6\% and 5\% in mAP with respect to baseline RetinaNet. Our method also achieves the state of the art accuracy on the SKU110K \cite{sku110k} dataset. 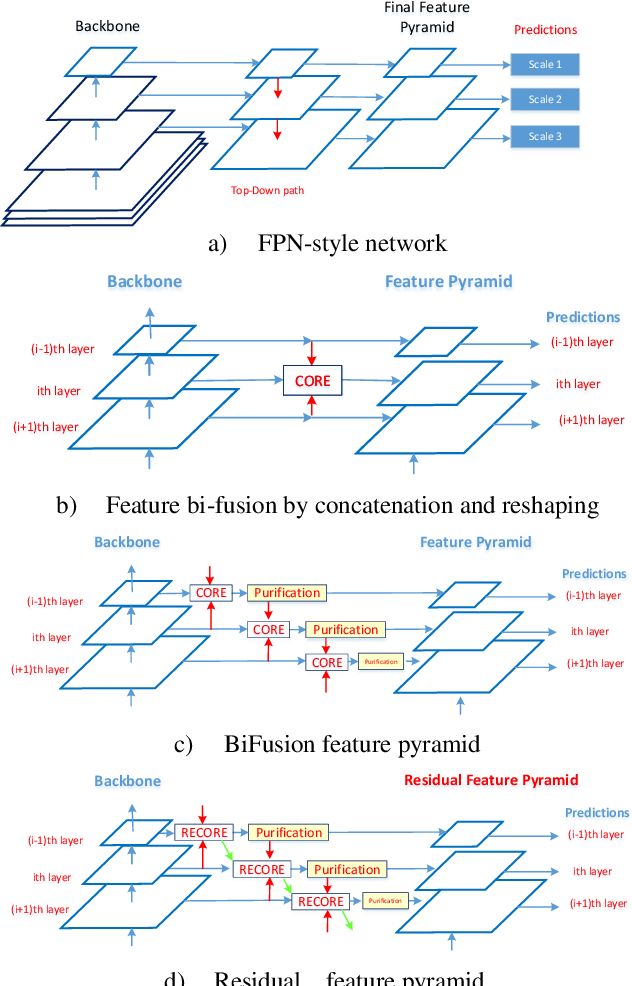 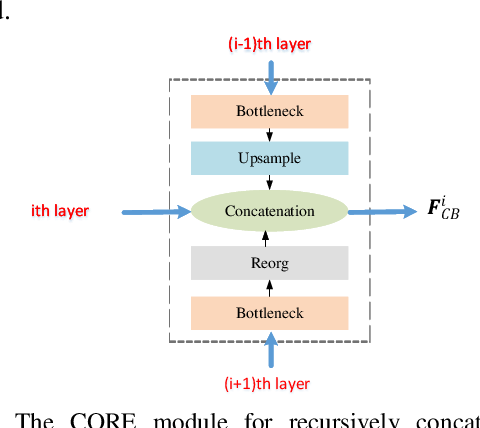 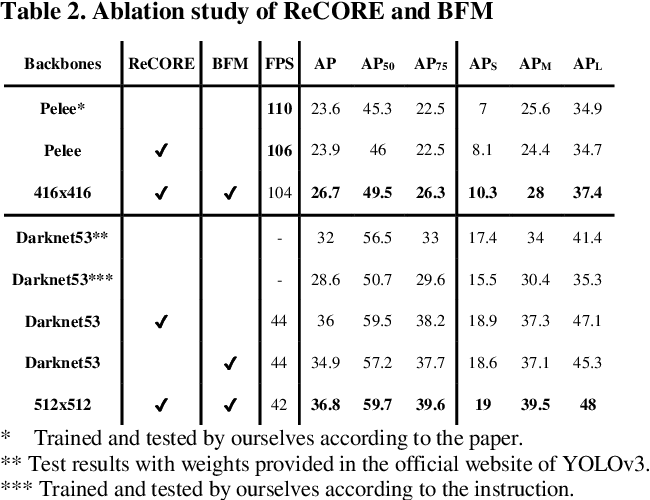 State-of-the-art (SoTA) models have improved the accuracy of object detection with a large margin via a FP (feature pyramid). FP is a top-down aggregation to collect semantically strong features to improve scale invariance in both two-stage and one-stage detectors. However, this top-down pathway cannot preserve accurate object positions due to the shift-effect of pooling. Thus, the advantage of FP to improve detection accuracy will disappear when more layers are used. The original FP lacks a bottom-up pathway to offset the lost information from lower-layer feature maps. It performs well in large-sized object detection but poor in small-sized object detection. A new structure "residual feature pyramid" is proposed in this paper. It is bidirectional to fuse both deep and shallow features towards more effective and robust detection for both small-sized and large-sized objects. Due to the "residual" nature, it can be easily trained and integrated to different backbones (even deeper or lighter) than other bi-directional methods. One important property of this residual FP is: accuracy improvement is still found even if more layers are adopted. Extensive experiments on VOC and MS COCO datasets showed the proposed method achieved the SoTA results for highly-accurate and efficient object detection.. 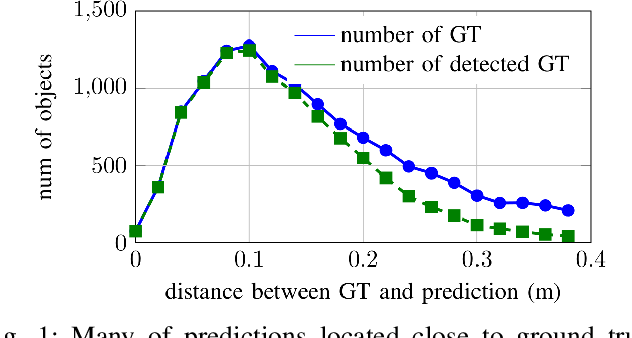 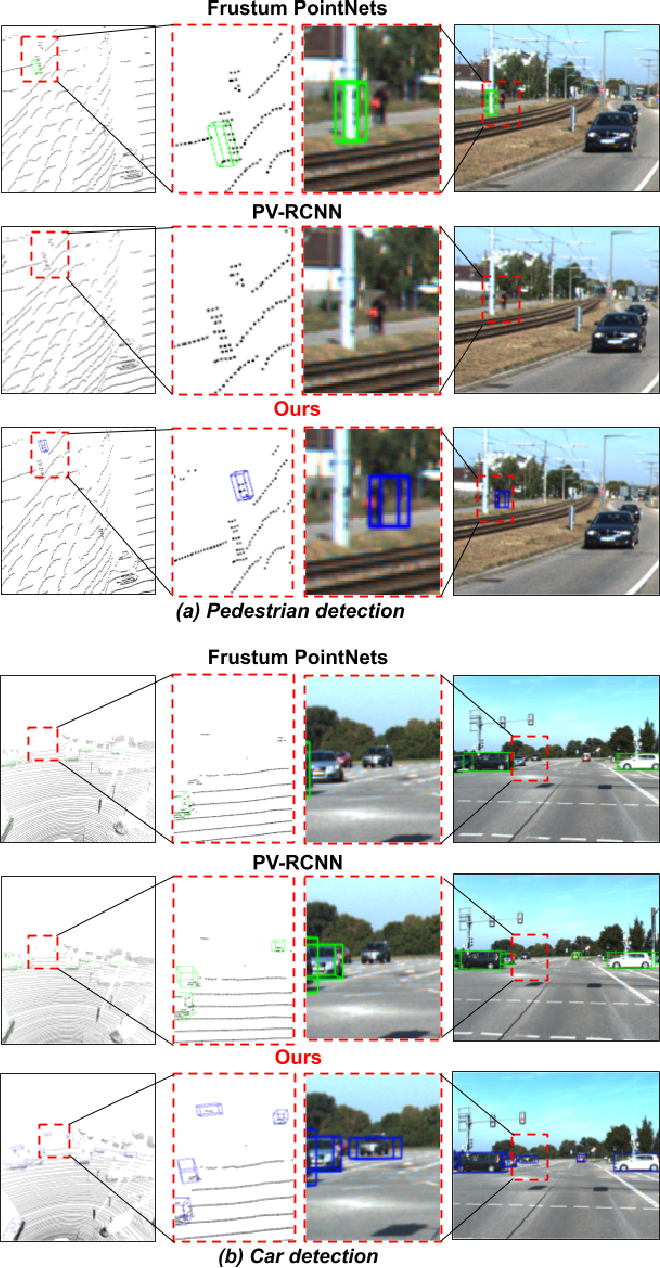 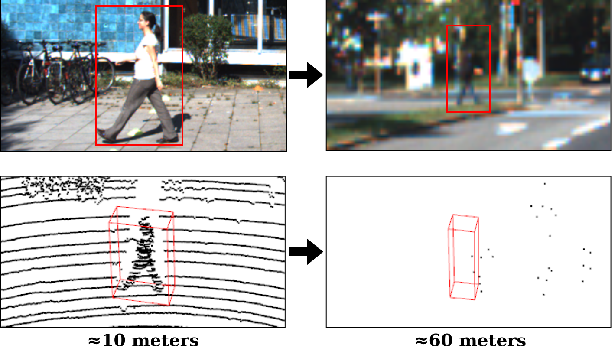 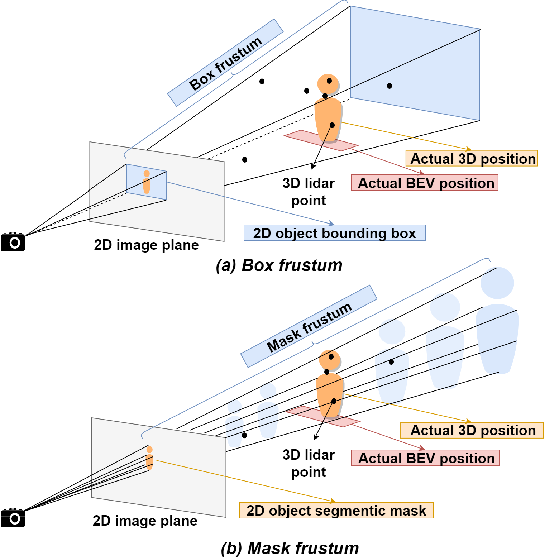 Learned pointcloud representations do not generalize well with an increase in distance to the sensor. For example, at a range greater than 60 meters, the sparsity of lidar pointclouds reaches to a point where even humans cannot discern object shapes from each other. However, this distance should not be considered very far for fast-moving vehicles: A vehicle can traverse 60 meters under two seconds while moving at 70 mph. For safe and robust driving automation, acute 3D object detection at these ranges is indispensable. Against this backdrop, we introduce faraway-frustum: a novel fusion strategy for detecting faraway objects. The main strategy is to depend solely on the 2D vision for recognizing object class, as object shape does not change drastically with an increase in depth, and use pointcloud data for object localization in the 3D space for faraway objects. For closer objects, we use learned pointcloud representations instead, following state-of-the-art. This strategy alleviates the main shortcoming of object detection with learned pointcloud representations. Experiments on the KITTI dataset demonstrate that our method outperforms state-of-the-art by a considerable margin for faraway object detection in bird's-eye-view and 3D.