On The Usage Of Average Hausdorff Distance For Segmentation Performance Assessment: Hidden Bias When Used For Ranking 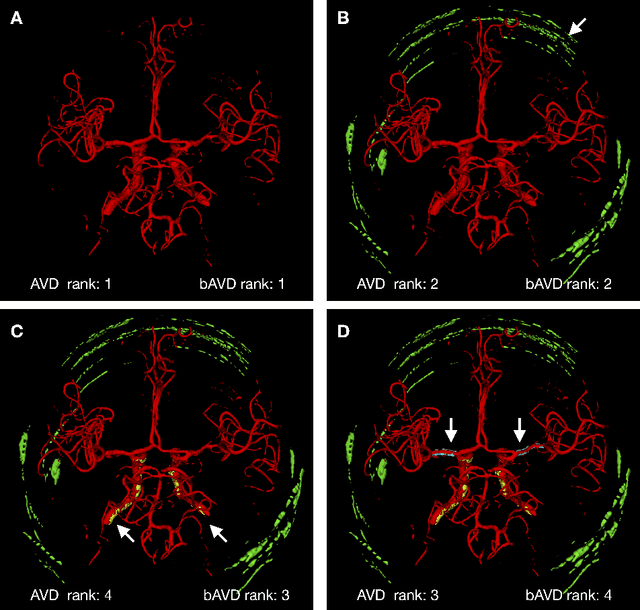 Average Hausdorff Distance (AVD) is a widely used performance measure to calculate the distance between two point sets. In medical image segmentation, AVD is used to compare ground truth images with segmentation results allowing their ranking. We identified, however, a ranking bias of AVD making it less suitable for segmentation ranking. To mitigate this bias, we present a modified calculation of AVD that we have coined balanced AVD (bAVD). To simulate segmentations for ranking, we manually created non-overlapping segmentation errors common in cerebral vessel segmentation as our use-case. Adding the created errors consecutively and randomly to the ground truth, we created sets of simulated segmentations with increasing number of errors. Each set of simulated segmentations was ranked using AVD and bAVD. We calculated the Kendall-rank-correlation-coefficient between the segmentation ranking and the number of errors in each simulated segmentation. The rankings produced by bAVD had a significantly higher average correlation (0.969) than those of AVD (0.847). In 200 total rankings, bAVD misranked 52 and AVD misranked 179 segmentations. Our proposed evaluation measure, bAVD, alleviates AVDs ranking bias making it more suitable for rankings and quality assessment of segmentations.