On the Latent Variable Interpretation in Sum-Product Networks 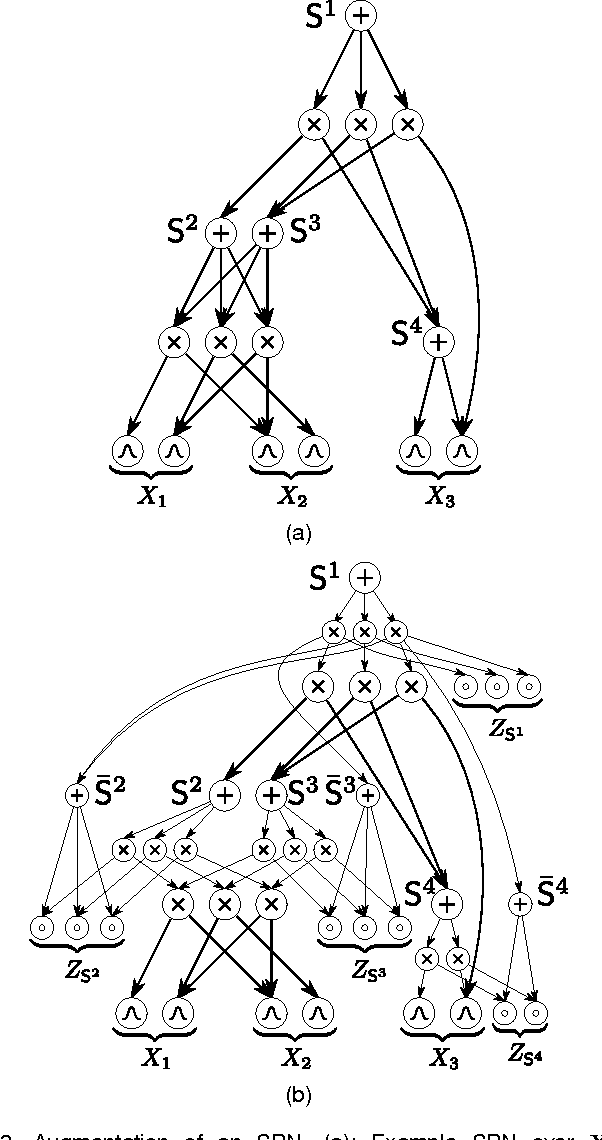 One of the central themes in Sum-Product networks (SPNs) is the interpretation of sum nodes as marginalized latent variables (LVs). This interpretation yields an increased syntactic or semantic structure, allows the application of the EM algorithm and to efficiently perform MPE inference. In literature, the LV interpretation was justified by explicitly introducing the indicator variables corresponding to the LVs' states. However, as pointed out in this paper, this approach is in conflict with the completeness condition in SPNs and does not fully specify the probabilistic model. We propose a remedy for this problem by modifying the original approach for introducing the LVs, which we call SPN augmentation. We discuss conditional independencies in augmented SPNs, formally establish the probabilistic interpretation of the sum-weights and give an interpretation of augmented SPNs as Bayesian networks. Based on these results, we find a sound derivation of the EM algorithm for SPNs. Furthermore, the Viterbi-style algorithm for MPE proposed in literature was never proven to be correct. We show that this is indeed a correct algorithm, when applied to selective SPNs, and in particular when applied to augmented SPNs. Our theoretical results are confirmed in experiments on synthetic data and 103 real-world datasets.